A Zen Buddhist temple in Japan, Eiheiji in Fukui

The Imperial Gate, the symbol of Eiheiji temple, is only opened for the ceremony of a new chief abbot, or welcoming guests from Imperial family.

Eiheiji(永平寺) literally means the temple of ”eternal peace”, and it’s one of the two head temples of Soto Zen Buddhism. “Soto” is one of the denominations of Zen Buddhism established by Dogen-Zenji. Eiheiji is the Zen training monastery and the majority of its trainees are sons of priests at branch temples around the country.  Nearly 200 young monk trainees are doing strict training here.

Stone Pillars at the Gate

Eiheiji is also famous for its wide-spread monastery complex which consists of over 70 halls and towers, stretching 330,000 square meters. Among them, 7 essential buildings are called “Shichido-Garan”, and the layout and the architectures are based on 13th century Chinese Song dynasty model.

Sanmon, or Main Gate, is a massive Chinese-style gate built in 1749. This is the place where new monks arrive every year. Monks can use this gate only twice in their lifetime. First time is when entering into the training, and second is when leaving the temple after the training.

The Dharma Hall is located at the highest place of Eiheiji, and it's the place of many kinds of ceremony including daily morning services. The center is dedicated to the Shokanzeonbosatsu, Sacred Avalokitesvara, and with the 380 tatami mats this is the largest structure in this monastery complex.

Food is the source of life, and the kitchen is extremely important place of providing meals. The way food is cooked, served and eaten are all done according to strict rules.

Monks do zazen, eat meals, and sleep in this Monks' Hall.  Visitors are not allowed to enter this building. One tatami mat space is called “tan”. There is a saying that Monks only need one tan to sleep and a half tan to stand. That is the only space monks are given, and they do zazen, eat meals and sleep there.

The bathhouse, one of the three silent places, is located in the eastern part of the compound, and is built opposite to the toilet. The days with number 4 and 9 are called "days of rest", and monks bathe every fifth day. They not only wash their body but also purify them.

Tosu, or Toilet is one of the three silent places like Bath House and Monks' Hall. At the entrance, a small statue of Ucchusma, a deity of purification. is enshrined. On entering the toilet, monks do gassho in front of the statue, bow the heads, and silently chant. After finishing it, gassho and bow again to the statue, and go out of the toilet. Dogen Zenji showed how to purify your body and mind, and also how to purify our world.

Dogen-Zenji was born in Kyoto in 1200. “Zenji” is an honorific title given to a distinguished priest. At the age of 13, he climbed Mount Hiei, the headquarters of the Tendai school of Buddhism, and then became a monk.

During the Southern Sung period, Dogen, 24, left Mt. Hiei and traveled to China to seek for the true Buddhist teachings. Finally he encountered Nyojo Zenji, the Dharma heir of the Soto Zen lineage.

After returning to Japan at the age of 28, Dogen Zenji wrote “A Universal Recommendation of Zazen (Fukan Zazengi)” to spread the significance of the authentically transmitted Buddha Dharma.

He first settled at Koshoji temple in Uji, but in 1243 the local samurai named Hatano Yoshishige in Echizen province (now Fukui) invited Dogen Zenji to his place, and Eiheiji temple was founded in 1244.

His teachings have been passed on to his successors steadily for centuries in a secluded mountainous area. Dogen-Zenji passed away in 1253 at the age of 53.

Eiheiji is a Zen Buddhist monastery where teachings of Shakamuni Buddha are strictly inherited. One of the most fundamental teachings of Soto Zen Buddhism is Zazen, the seated meditation. However, Dogen Zenji taught that all our daily activities including chanting sutras, eating, sleeping, and even cleaning were the another part of practice, just like zazen.

Zazen Practice for visitors is available if you make a reservation in advance.

I am a Government-licensed English tour guide in Fukui prefecture.

If you need interpreting services, or an experienced tour guide at tourist spots in Fukui including Eiheiji temple, please feel free to ask me any questions.

Hi! I'm an English tour guide living in Fukui.  My profile is here.  Yokokan garden is one of the to ...

How to enjoy Omicho fish market in Kanazawa

Are you going to stay in Kanazawa for a while? Omicho fish market is one of the must-see places, and ...

This web page shows how to fully enjoy World Heritage Shirakawago in one day especially for people s ...

More than 90 historic buildings of the 19th century are well preserved in this 1.8 ha area. However, ... 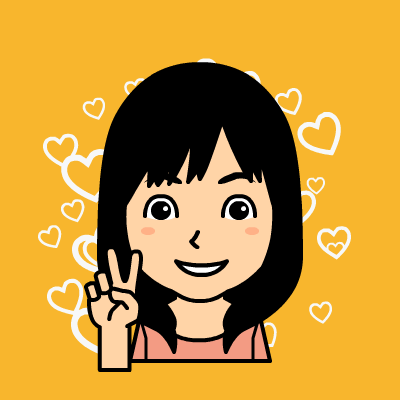